... I have a few things to catch you up on! The last few months have been spent gigging, teaching, and more recently really concentrating on my songwriting.

Here are a few little snap shots from this autumn/winter....

Back in early September, I had the pleasure of supporting Gilded Thieves, a fantastic folk/country/blues group, on tour for the release of their E.P "Siren". These guys are fantastic, I urge you to check them out! It was such a pleasure playing with them, as well as the lovely Savannah Betts. Also got to play several venues that are new to me, including some real gems - The Guitar Bar in Nottingham (absolute legends!), LS6 Cafe (aka clock cafe) in Leeds, Gibson's in York, and Think Tank in Newcastle.

Here are some shots from our travels (Savannah, I totally stole your photos....hope you don't mind!) 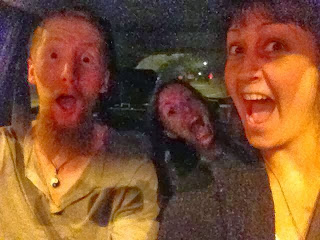 ROAD TRIP!! Me in the car with Savannah and Jonny (banjo player extraordinaire) 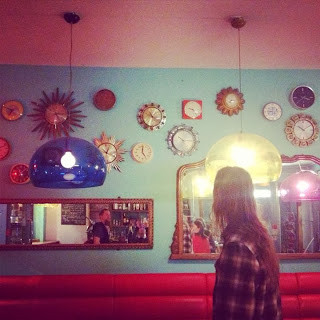 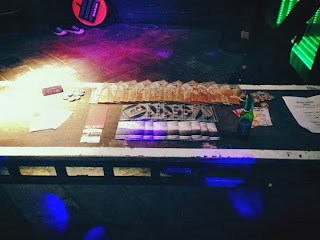 Merch table (beer not for sale...) 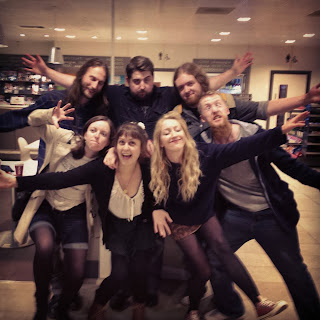 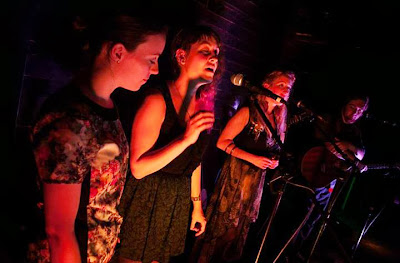 Savannah and I joined Gilded Thieves on stage to sing "Down to the River to Pray"
(photo by Jay Dawson).


I was lucky enough to play with both acts again, as well as Joey Campbell (frontman of a cracking band called Red Letters), earlier this month at the launch of Savannah's brand new E.P. "Old Toy". Got the CD on in my car this week and I can't recommend it enough!

For anyone who is interested, here are the links to both releases:

There's also a lovely live video from Savannah's launch gig, featuring footage of all the acts, and you can hear a guitar version of my song "Bite The Bullet", joined by Katie Hall on cello, followed by "Give Me Everything"complete with crowd banter and singalong goodness.

As you may have seen through Facebook, I have recently become part of an exciting new project, an a capella girl group, specialising in barbershop and close harmony singing. I've only done two gigs with these lovely ladies so far - one 1940s inspired set for the Remembrance Concert at the Seaburn Centre in Sunderland, and a more mixed set at the Mining Institute in Newcastle, opening for Peculiar Disco Moves at the launch of their latest single (mix some Lady Gaga in with the 40s/vintage stuff and you start to get an idea of our set!) Looking forward to lots more gigs with them in 2014, as well as some composing and arranging for 4-part harmony which will be a new challenge for me.

Our next gig is at the Star and Shadow in Newcastle on Saturday 11th January, as part "Tea Dance Night". Looks like the kind of unusual, quirky event that Star and Shadow do best, can't wait to try the special "tea cocktail". Two of my favourite drinks combined?? See here for details of the event.

We're also recording in the new year, so there will be sounds coming your way, but for now here is a pic from our recent photoshoot :) 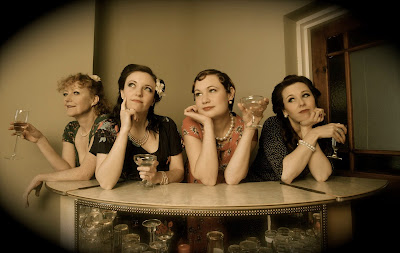 A little while back, multi-genre duo Softwhere invited me to sing on their track "Night-Time" to go on their latest album A Few Weird Little Songs. It's always a pleasure working with these guys, having been involved in a couple of collaborations with them previously (on their song "Such a Light", and my song/video "So What Now").


Recently, "Night-Time" has had some airplay on BBC 6 Music, and BBC Newcastle (twice in a week - got to be a good sign)! Check out the music video for "Night-Time" - it's a gothic, visual spectacle! Hope you enjoy.

In the spirit of the festive season, here are a couple of Christmassy tracks for you!

The first was recorded for All Things New, "a collaborative project bringing together Newcastle artists to create an alternative Christmas album to celebrate, deconstruct and reinterpret Christmas music". It was a real pleasure being part of this fantastic recording, and the launch gig was also great fun! There's such a broad variety of interesting stuff on here, I urge you to check it out. For my track, I adapted a Christmas song from a classic Disney film... bit of an obscure reference, but see if you can guess which one?

My second Christmas track is something quite different. Since October I have been continuing working with the London Song Company (see previous blog about the course I did with them over the summer). We were set the task of writing a Christmas song from the perspective of someone completely different to our own.
Listen to what I came up with, and some others from the group, on the LSC Soundcloud.

Ok, I'm just about done.... if you stuck with me, well done! The last thing I want to mention is what you can expect to see/hear from me next. I have written a song to be released early next year in aid of the Philippines Typhoon Haiyan appeal. It was recorded this week with Liam Gaughan (the man behind my debut album) and I am working with Jonny from Softwhere on the music video. I'm really pleased with the track, and excited to share it with you all. The song will be available through a charitable giving webpage (yet to be set up) instead of the more conventional distribution methods, to ensure all the money goes direct to charity. I will keep you updated with more news on that as it comes!

So for now, I wish you a very MERRY CHRISTMAS! And a happy new year :)

Posted by Meghann Clancy at 05:49 No comments: