I'd just like to start off by saying a massive thank you for all the support that people have shown for the album, it really does mean a lot to me :-D

So far we've had quite a few reviews for Take Flight, and the purpose of this blog is to put all the reviews so far in one place for anyone who would like to read them more easily! Big thanks to all the reviewers, please check out the links to their websites (embedded in logos - fancy), there's some great new music out there so go and see what you can find! (If you come across anything you really love report back here.)

Meghann Clancy
Take Flight (self release)
Clancy is a North Yorkshire lass, now living in Newcastle, and her debut album is a winner, confirming this singer/songwriter as a real talent. There’s nothing earth-shattering about her acoustic songs, but there doesn’t need to be, as the quality of her melodies, the purity of her voice, and the sentiments she expresses, are quite wonderful. These are songs about love, about loss, about yearning, about living life and helped by the fact that she’s managed to snare some great musicians to add some beautiful instrumentation to them. Truly lovely stuff. DP


Grassington girl Meghann Clancy may have relocated to Newcastle upon Tyne, where she not only co-hosts an open mic night at Loco every Thursday and plays as part of Greg Genre and Box Box Box Box, but also finds time to showcase her lush vocals on her self-penned compositions.

While still largely unknown on the national circuit, Clancy has bitten the bullet and unveiled her debut album, the aptly titled 'Take Flight'. For Clancy is set to use 2013 as a launchpad to see her career as a soloist soar outside of her local terrain.

Clancy is everything you could ever wish for in a female vocalist. With echoes of Andrea Corr, Tori Amos, Patsy Matheson and Sinead O'Connor, she's a memorable vocalist able to channel emotion and provoke both smiles and tears. Sonically, Clancy is more akin to contemporary storyteller Lotte Mullan, for her own musings are whimsically engaging. From the determined 'When You Look At Me' through to the longing 'Bite The Bullet', 'Take Home' offers many magical musical moments.


While the playful opener 'Love You All Over' epitomises Clancy's ability to channel emotion and balance it with a radio-friendly, sing-along delivery, there are moments when 'Take Flight' highlights Clancy's need for stronger production. 'Heart & Mind' could easily become the album's most memorable, most touching and poignant moment, but in a quest to emulate Emeli Sande, Clancy seems to lose the spark that defines 'Take Flight'. Equally 'Ghost' should be chillblain inducing, but the overlayed vocals detract from the beauty instead of building on the drama.

Ending with the tender grace of 'Can't Do Right For Doing Wrong', Clancy may close her debut journey with her most understated number, but it is the one that offers the greatest impact. While there are echoes once again of Emeli Sande - with a sprinkling of Delta Goodrem and Birdy for good measure - Clancy never loses her sense of self to the artist that has inspired her sound. 'Can't Do Right For Doing Wrong' is simple, honest and moving.

'Take Flight' might not tick every box necessary for a perfect score, but that makes it no less worthy a listen. Clancy is a striking singer/songwriter, whose open approach to lyrics often leaves a listener breathless. 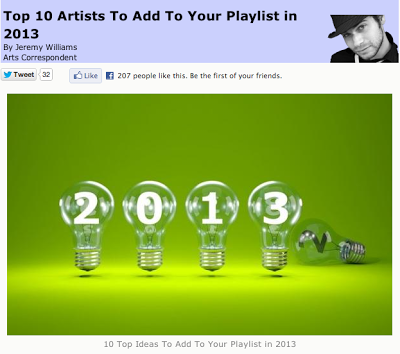 So So Gay Magazine

The resurgence of the singer/songwriter over the past decade has no doubt contributed to the untimely chart demise of plastic pop and R&B, but it has also re-installed a sense of independence to the music industry. As many a troubadour tries their luck, only a few truly shine among the masses. Newcastle upon Tyne based, Grassington girl Meghann Clancy is a talent many tip to top the tree.
While Clancy is currrently a permanent fixture of the North East’s live circuit – where she not only co-hosts an open mic night at Loco every Thursday and plays as part of Greg Genre and Box Box Box Box – her recently released début album, Take Flight,hints that she may be on the brink of national domination.
Vocally reminiscent of Andrea Corr, whose touchingly rich vocal soundtracked the late nineties and early naughties, Clancy is a strong reminder that music should not simply be about post production. Her lush vocals, stirring melodies and heartfelt honesty are moving and uplifting, but never lose a sense of her pop sensibilities.
With echoes of playful songstress Lotte Mullan, Take Flight opens with the sensational sing-along ‘Love You All Over’. Beautifully upbeat Clancy immediately marks herself out as a Lisbee Stainton for the Radio 1 listener.
While ‘Take Flight’ offers echoes of Emeli Sandé (‘Heart & Mind’) and Birdy (‘Can’t Do Right For Doing Wrong’), it is her Patsy Matheson driven ‘When You Look At Me’ that truly sets her apart from the multitude of female soloists who are currently riding high in the charts.
You can find out more about Meghann Clancy’s at her official website.
Take Flight is available from Amazon and iTunes

From The Curator:This isn’t typical singer-songwriter music. Oh sure, cute girl and guitar they’re present in equal fun measures. But infused in this album us strong pop sensibilities. You’ll find your head nodding and your toes tapping. Listen to track 4: When You Look At Me or Track 6: Give Me Everything. (Track 4 is my favourite on this album, one of the divine reasons the repeat button was created!) ~Sammy

Meghann Clancy is an acoustic singer-songwriter from the UK, originally from the wild countryside of the Yorkshire Dales and now living in the city of Newcastle upon Tyne.
Meghann released her debut album “Take Flight” last month. The album is made up of 10 original songs, composed by Meghann and performed alongside a group of very talented musicians, with instrumentation varying from simply voice and acoustic guitar, to a string section, and full band arrangements.
The music combines catchy melodies and a pure, haunting vocal, with songs drawn from stories of life experiences.
Meghann’s music has been played on BBC Radio 6 and BBC Newcastle, and the music video for ‘So What Now’ was selected for screening at the 2012 Portobello Film Festival.
Most recently, she has been selected as one of the ‘Top 10 Artists To Add To Your Playlist in 2013' by the Yorkshire Times.

The Music
Quick…while Mom’s not looking tie around your neck her best red towel, Superman style and prepare to Take Flight.

Fans of folk music, this artist may just be your musical cup of tea. Meghann Clancy is an acoustic singer-songwriter from North Yorkshire however, is now currently living and making music in Newcastle.
In December last year, she released her debut album ‘Take Flight’ after, releasing her debut single ‘Neck Of The Woods’ which was picked up by BBC Introducing, on BBC radio 6, with Tom Robinson.
‘Take Flight’ is a mixed bag, the album includes a range of upbeat tracks with a wistful sense of love, ‘Love You All Over’, as well as slightly more poignant, reflective, songs, ‘Can’t Do Right For Doing Wrong’. Each track is composed of heartfelt lyrics and, sweeping cords of the piano or the gentle strumming of an acoustic guitar. Both of  which accentuate Meghann’s soft northern vocals. Each songs composition compliments her signing rather than drawing your attention away from the story of her lyrics. Overall this is an hidden gem of a debut album, full of raw emotion and talent.

Meghann Clancy’s album begins with these lyrics from “Neck of The Woods,” which features Clancy’s angelic voice accompanied by an acoustic guitar and features Luke Waterfield playing viola and Katie Hall on cello. The lyrics are so meaningful and sounds like a love letter to a lost love or friend and reminiscing about the fun they had together. The music in the background is light, sounds natural and romantic and doesn’t take away from the vocals. Toward the end, Clancy sings “Close your eyes” and the background music gets louder. Listen to Clancy and close your eyes and you’ll hear all the instruments playing together like a symphony. The song is simply beautiful.

According to Clancy’s website, Take Flight, “hosts a collection of songs…which represent such rites of passage as growing up, leaving home, falling in love and making difficult decisions to move on with life.” Clancy started playing music as a solo acoustic singer-songwriter, but recently for her new album she’s been performing with a large group of musicians. On her website, fans can also see the inspiration behind each song and read her lyrics.
“Bite the Bullet” represents the time in life when you realize it’s not going to be easy and sometimes you have to take a chance. The entire song sounds airy with the background music, but Clancy enters singing the following lyrics like she means business.
Bite the bullet,Get your head out of the sandBite the bullet,And step out on to dry land
This song could be inspiration for fans who are stuck in a rut and want to get out. This song represent Clancy’s music, because every song has a strong message it’s not just beautiful music.
“Ghost” has an eerie sound to it and Clancy sings normally and high in the background. When she sings in the beginning of the song the music stops and her voice echoes. The lyrics and song sound like a person who is waiting for an answer, wants to have peace and resolve the issue at hand. The music features Liam Guaghan on bass and the strings fuel the melody.
Each an every song on Take Flight is inspirational and may help fans realize that you’ll get through it no matter what. The last song to mention is a song Clancy wrote about a young person feeling defeated by bullying, but comes through fighting and in the end being stronger because of it. “Spread out your wings and take flight, and I don’t want to touch ground.” It’s the lyric that inspires her entire album. So according to Clancy, fans spread out your wings, take flight, bite the bullet and listen to fantastic music like her’s along the way.
Wordkrapht Rating: 5 Stars

That's it for now, although I am told there are a couple more on the way - I'll keep you posted! Thanks for reading - if you made it to the end! M x x

Posted by Meghann Clancy at 13:50 No comments: